Podcast monetization is a hot topic. Whether you already host your own show, or are just now thinking about hosting your own show, you likely want your podcast to make you money. Today, Peter Birch is talking all about how this very topic, and how he has managed to make running his podcast his full-time gig.

Connect with Peter on LinkedIn

Note: Some of the links listed below may be affiliate links. This means I will receive a small commission (at no extra cost to you) if you choose to purchase through them.

Ready to start your own podcast? Let’s hop on a chat and talk about how to make your podcasting dreams a reality! – Book call

If you haven’t done this already, go leave a review of the Nine-Five Podcast over on iTunes!

What is the first thing that comes to mind when you think podcast monetization?

Back in episode 69 with Melissa Guller, she explains that sponsorships make up only a fraction of her overall revenue. Peter Birch‘s podcast, Talking HealthTech is a little bit different.

The majority of his revenue is coming from the sponsorhsip packages that he offers. But here’s the catch:

He’s not just selling 30 second ad spots on his show. He’s connecting with relevant people in his industry to cut a deal. His sponsors gain access to their exact market, and his audience is exposed to products/services that are directly relevant and make sense to them.

Aside from the sponsorship packages that Peter discusses in the episode, he also talks about other areas of his community that he is growing and monetizing to further expand the revenue coming in from his podcast.

3 Main Takeaways from The Episode:

By the end of this episode, you should have learned:

Did You Enjoy the Episode?

I hope you enjoyed this episode of the Nine-Five Podcast. Thank you so much for listening!

What was your biggest takeaway from today’s interview?

Leave a comment below or join the Nine-Five Nation Community to let me know there!

How ChatGPT is Revolutionizing the World of Podcasting in 2023

If you're wanting to better understand how to use ChatGPT for your podcast, I'm hosting a FREE LIVE WORKSHOP 2/1/23 and 2/2/23 with Marc Ronick of iRonick Media.This will be a hands-on workshop where we'll show you EXACTLY what prompts to use to save you the most time...

Episode 98: How to Be a Knockout Podcast Guest [Jason Cercone]

Episode 98 How to Be a Knockout Podcast Guest [Jason Cercone]Being a guest on podcasts can get you in front of a ton of new people. It's your chance to share your knowledge and win over new people. However, if done incorrectly, you may be missing out on a HUGE...

Episode 97 Is Your New Business Jeopardizing Your Core Values? [Karl Jacobson]What motivates you to get out of bed in the morning? Why did you decide to start your own business? And more importantly, do those two things align? Learn more in today's interview with...

Stay Connected to Get The Latest Podcast Alerts From Nine-Five 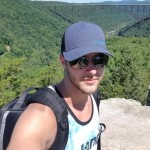 I am an entrepreneur and adventure enthusiast, looking to break free from the Nine-Five grind. I'll show you what has worked and is currently working for me, as well as what hasn't worked so well.

This website uses cookies to improve your experience while you navigate through the website. Out of these cookies, the cookies that are categorized as necessary are stored on your browser as they are essential for the working of basic functionalities of the website. We also use third-party cookies that help us analyze and understand how you use this website. These cookies will be stored in your browser only with your consent. You also have the option to opt-out of these cookies. But opting out of some of these cookies may have an effect on your browsing experience.
Necessary Always Enabled
Necessary cookies are absolutely essential for the website to function properly. This category only includes cookies that ensures basic functionalities and security features of the website. These cookies do not store any personal information.
Non-necessary
Any cookies that may not be particularly necessary for the website to function and is used specifically to collect user personal data via analytics, ads, other embedded contents are termed as non-necessary cookies. It is mandatory to procure user consent prior to running these cookies on your website.
SAVE & ACCEPT